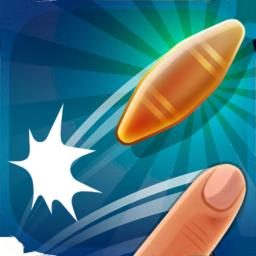 Gilli Danda -Tip Cat is an ancient game with Origin over 2500 years ago.Gilli Danda is believed to be the origin of Western games such as Cricket, Baseball and Softball.

This game is played with two sticks, a larger one called Danda (Dandan), which is used to hit the smaller one, the Gilli (Gulli).

One Flick Easy Control:
You only use flick to control the Gilli in the game. The more accurate you flick your finger to hit the Gilli, it is more likely that you will hit the Gilli Further.
The rule is simple. Flick your finger with the same feeling in which you would swing Danda in real life. Think of your finger as a Danda, and flick it with speed and accuracy.

Game Features:
One Swipe Control
More than 30 different Exciting Gillis with Different behaviours!
More than 10 powerful Dandas(Bats) to hit the Gilli to the Space!
Amazing Environments that give you feeling of being at Home!
Unlimited Levels to Achieve!

Down load and Run The game now! Have fun :)