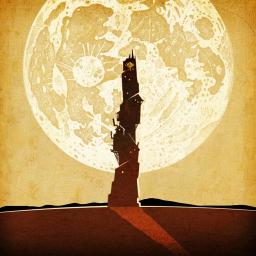 ABOUT THE GAME
Inspired by the adventure games of old, LUNA The Shadow Dust is a moving tale of two playable companions drawn together in a hand-animated puzzle adventure, featuring a breathtaking original soundtrack and beautiful 2D cinematics.

To light a candle is to cast a shadow
Behind the shadow of reality, an enchanted world awaits illumination. Experience the magical journey of a young boy and his companion as they solve puzzles and trace back the memories of old, brought to life with visually stunning, wordless cinematics.
Enter the ancient tower that stands at the edge of the world and discover the hand-drawn cinematics, intricate puzzles and haunting music of this indie gem.

KEY FEATURES
Traditional frame by frame character animation.
12 frames per second, 3 layers per frame. Over 250 animations and 20 minutes of cinematics. A nostalgic and time-consuming process - but really worth the challenge for a small indie team of four.

Think outside of the box
Spark your imagination and solve a wide variety of puzzles, presented in gorgeous hand-drawn environments. Puzzles work standalone, requiring no 'hidden items' or player backtracking.

LESS reading, MORE cinematics
We replaced a dialogue system with a series of beautifully hand-animated cinematics telling a mysterious story.

Engaging Original Soundtrack
Our composer created an original soundtrack, designed to immerse the player in the emotional highs and lows of the story, kindling goose-bumps along the journey.

PRESS CUTTINGS
• "LUNA feels wonderfully dream-like, and I love the Ghibli-inspired artwork. It’s a stunning game. The puzzles are fun and clever, too, and the orchestral music is simply wonderful." - A Most Agreeable Pastime
• "Chiaroscuro is one of my favourite words, so what luck that upcoming point and click adventure game Luna The Shadow Dust has such a focus on light and shadows, giving me a tangential excuse to use it." - Rock, Paper, Shotgun
• "There are few games as engrossing as well-made point &click puzzle adventures—nothing catches my eye quite like the intersection of intellectual challenge and stellar artwork." - cliquist.com
• "Puzzles are promised, but the preeminent draw of this title is evident from the outset: its staggering art, complemented by its loftily luminescent music." - gamepilgrim.com
• "The amazing, hand-drawn artwork — inefficiently, but so remarkably gliding and flowing, almost hypnotic." - bigbossbattle.com