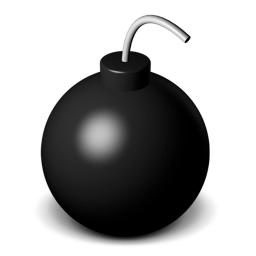 Minesweeper has its origins in the earliest mainframe games of the 1960s and 1970s. The earliest ancestor of Minesweeper was Jerimac Ratliff's Cube. The basic gameplay style became a popular segment of the puzzle game genre during the 1980s, with such titles as Mined-Out (Quicksilva, 1983), Yomp (Virgin Interactive, 1983), and Cube. Cube was succeeded by Relentless Logic (or RLogic for short), by Conway, Hong, and Smith, available for MS-DOS as early as 1985; the player took the role of a private in the United States Marine Corps, delivering an important message to the U.S. Command Center. RLogic had greater similarity to Minesweeper than to Cube in concept, but a number of differences exist:
In RLogic, the player must navigate through the minefield, from the top left right angled corner to the bottom right right angled corner (the Command Center).
It is not necessary to clear all non-mine squares. Also, there is no mechanism for marking mines or counting the number of mines found.
The number of steps taken is counted. Although no high score functionality is included, players could attempt to beat their personal best score for a given number of mines.
Unlike Minesweeper, the size of the minefield is fixed. However, the player may still specify the number of mines.
Because the player must navigate through the minefield, it is sometimes impossible to win — namely, when the mines block all possible paths.