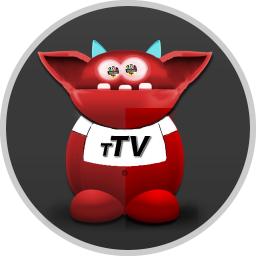 You can track your favourite Shows , see what airs today and whats coming next, you can access all the relevant Information about each Show you are watching like Cast, Seasons,Status and all the other Stuff like what Network, what Time etc...

tTV uses the theMoviedDB.com as Source but it also works well with theTVDB.org to be as up to date as possible, you can get Notifications about upcoming Seasons, if a Show changed its status etc.

From the Airing Section, you can preview each Episode with a single swipe/scroll action, you get also Infos about Guest Starring Actors if available.

tTV was built to be an always running Application, it updates its seasons every midnight and can sync your Shows over iCloud to other Macs or iOS Devices (tTV Touch).

tTV was built also with the idea to schedule Tasks for each Show so e.g. your Show is running today and you prefer to watch it as a Stream the next day, you can setup an URL for a Show and each time an episode is aired, tTV will track this and allows you to quickly access this Streaming Websit.

tTV is also connected to the fanArt.tv Service to allow you to customise your Shows with new banners and more...

tTV supports also 2 Theme Modes, a dark as default and a light Theme that attempts to match the Look of MacOS Default Applications if you prefer.

tTV also proviedes you a safari Extension to assign a Website as a Task, e.g. for Streaming Services, so each episode appears in your Taskboard and you will see it there and can quickly access it from there instead pf navigating there manually each time. IMPORTANT: The Safari Extension will list only currently airing Shows, neither TBA nor RIP Shows, because this makes no sense, because these Shows have NO or NOT YET outstanding Episodes to watch