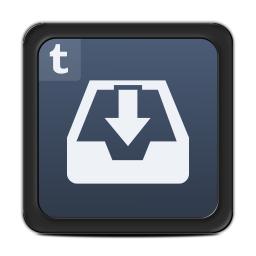 Tumblelog Picture Archiver lets you batch download all the pictures from a Tumblr account in a simple and easy way.

*** NEW IN VERSION 2.2 ***
• fixed an issue where a client could not sometimes login again or using a second account
• fixed few minor issues

*** NEW IN VERSION 2.1 ***
• fixed some issues and incompatibilities with new macOS versions
• fixed few issues with alerts
• fixed an issue introduced with some changes in older Tumblr API

Instead of saving pictures manually from a web browser, which can be slow and time consuming, simply specify a Tumblr account you want to download pictures from and press Download! It's as easy as pressing one button!

IMPORTANT NOTES: this app uses Tumblr API, it doesn't scrape pages for pictures, so it's compliant with the Tumblr terms of use. However, any change made by Tumblr to their services and to their terms of use can break this app without notice. Should this happen, this app could start behaving not as intended or not work at all.

This app is not affiliated or endorsed by Tumblr, which is Copyright of Tumblr, Inc.