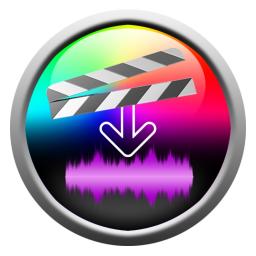 Move your Final Cut Pro X projects to the audio suite simply and quickly. X2Pro Audio Convert takes your FCP X XML and creates an AAF with embedded or referenced audio media which Avid Pro Tools can open as a session, delivering seamless integration between the two applications..

X2Pro Audio Convert is a cutting edge conversion application for delivering FCP X projects for audio finishing, it is easy to use directly from within FCP X.

Taking advantage of the innovative Roles features in FCP X, X2Pro allows you to choose how these are converted to tracks; their order, packing and whether they are included, allowing sound designers to start working immediately.

Media can be embedded in the AAF (and trimmed with handles to minimise file size) to create a single, simple to transfer, file. Alternatively the AAF can reference external media which is ideal when FCP X and ProTools have access to the same shared storage.

Those who do not need the advanced functions of referenced, trimmed media, or close control of the conversion of Roles, can look at the cost effective X2ProLE.

X2Pro faithfully translates your audio timeline along with L-cuts, J-cuts, transitions, levels, automatic gain and fade handles, as well as the incredibly powerful FCP X compound clips. Transitions are converted into linear cross fades. Audio media can be any QuickTime supported audio, non-PCM audio is converted to PCM at either 16 or 24 bit.

Multicam Clips are effectively translated taking across the audio of the selected angle.

X2Pro gives a clear warning when it comes across elements of a sequence which it cannot translate such as time maps and effects.

We recommend rendering an off-line or proxy version of the flattened video and exporting that if a reference is needed within Pro Tools. Only audio media is translated by X2Pro.