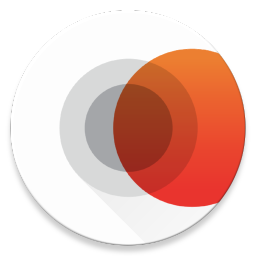 Sun Surveyor predicts Sun & Moon positions with a 3D Compass, Interactive Map, Augmented Reality and a Details Ephemeris. Sun Surveyor is useful for film and photo location scouting, photographers, architecture, solar panel positioning, gardening, real estate, film grips, Earth Science geekery, and more! Plan for every sunrise, sunset and super moon!
Use the interactive controls to:
- Predict and plan for the golden hour, blue hour and every sunrise, sunset, moonrise and moonset
- Find the time of year and angle to shoot a location at sunrise or sunset, or compositions involving the Moon
- View augmented reality projections of the Sun and Moon paths, pinpoint the time the sun or moon will be at a particular location in the sky
- Visualize the Sun and Moon throughout the day or over a year for any location on the earth
- Observe the Summer and Winter Solstice paths & Equinox paths for any location
Features:
- Sun & Moon bearing and altitude, Sunrise & Sunset, Shadow Ratio, Moon Rise & Set, Moon Phase & Illumination %, Twilight Times (Civil, Nautical, Astronomical), Summer and Winter Solstice Paths, Equinox Paths, Golden Hour and Blue Hour Times, Solar Noon, upcoming moon phase dates and a Super Moon finder!
- 3D Compass - A 3D projection of Sun and Moon positions and events overlaid onto a compass representing the device's bearing and orientation in the world
- Augmented Reality - View through the device's camera, visualize where the sun and moon will be in the sky, or when they will move behind a building
- Map View - A top-down view of Sun and Moon event positions overlaid onto an interactive map. Lock down your shooting point and align your shot with Sun & Moon events! Uses the new Google Maps API featuring Terrain maps and rotation and tilting of the map view. Also features elevation lookups and the ability to determine difference in vertical angles between two locations.
- Widgets - 9 varieties of sun and moon widgets for your homescreen and lockscreen
- Import and Export of Locations - (new!) import Google Earth .kmz/.kml placemarks, and export to share with others or for backup purposes
- Time Machine Slider - Visualize events for a single day, or watch the days get longer and shorter and the Moon's path get further and closer throughout a year
- Offline Usage (excludes Map View)
- Enter Coordinates, Save & Load Locations with no data connection or GPS available
- Send screenshots and details
- Sun shadow ratio and projection, visualize the shadows cast from the Sun
- Moon distance, age, apogee, perigee, super moon predictions
- Local, Auto-Detect and Manual TimeZone selection
- Compensation for Magnetic Declination
- Elevation data for Locations
- Languages: English, Deutsch, Français, Japanese, Italiano, Spanish, Russian, Norsk (Bokmal), Dansk, Nederlands, Chinese (Traditional), Chinese (Simplified), Korean, Czech, Turkish, Portuguese (Brasil)
** NOTE: the 3D Compass and Augmented Reality portions of this app make use of your device's compass. Some devices (HTC One V, HTC Desire C, etc) do not have a compass. The Maps and Details portion will remain unaffected. I do not ban any devices from installing this app, as some people have more than one device, such as tablets without cameras, or compasses, and I will gladly refund users if the app is not working for them.