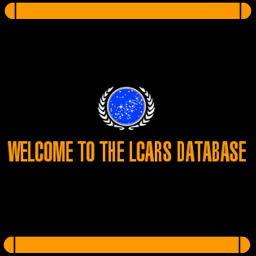 If you have any questions, please read this first:
https://sites.google.com/site/neotechni/Home/lcars/faq
Gene Roddenberry's contract includes a clause allowing any company able to create functioning technology to use the name. As such, I have created a functioning LCARS UI.
Please contact me with suggestions/complaints instead of putting them in the reviews, as many complaints posted have been fixed already. In some cases even before the complaint was posted. Other times, the functionality is intentional.
I have included many layouts, and intend to do more.
Currently it uses your device's sensors (so it is a working Tricorder in a sense) and detects nearby Wifi hotspots. Has a built in web browser which converts pages into LCARS format. An Alert Condition screen, an Okudagram (from the original movies) generator. You can use your Android device as a remote for a connected (via Wifi/3g) Windows PC. An auto-destruct timer (also shows the stardate) a periodic table of elements, a fully functional graphing calculator and various other animations from the show. Most screens (the non-interactive ones) can be used as a live wallpaper. It also supports Jellybean's DayDream mode, and homescreen widgets
I have added voice recognition to control most of the screens. But due to the nature of Android's VR API, it requires a second Android device to act as the microphone to work in real time like the video.
See http://plus.google.com/u/0/b/113296486298236709829/ or http://sites.google.com/site/neotechni/Home/lcars/changes for more information, or click Captain's Log from within the app itself.