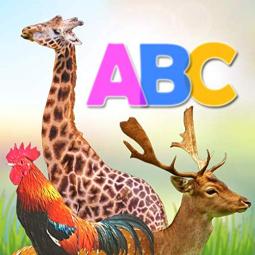 " Learn English Alphabet with Animals " is an interactive educational game in the form of a puzzle to collect the missing parts of animals through which the English letters are recognized and pronounced in the first letter of the animal's name, then the animal sound is recognized. The kids must solve the puzzle in order to identify The animal's shape, name, voice and making it move, we have adopted the design to show the surrounding environment for groups of animals in a way that combines realism with a cartoon touch, in order to create a correct understanding of the animal’s shape and the surrounding environment.
Teaching English ABC through an interactive game to assemble animal parts helps the child to remember letters smoothly while learning concentration skills from a young age.
Note: Some sounds cannot be detected with the human ear, such as the sounds of marine creatures, so we used recorded sound with special filters over the Internet, as well as saying that the giraffe does not have a sound and the truth is that the giraffe has a sound, but it rarely makes a sound as it ages .