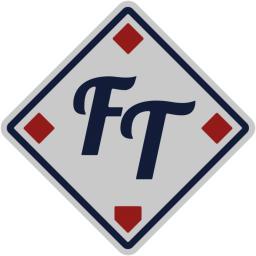 Conversations - Talks with members of the family on parenting, growing up, as well as interviews with professional athletes and other public figures.

FamTeam Party - Original games and features created by the Arndts including "SmorgasWord", "Trivia", and "True or False".

Start enjoying a FREE TRIAL today with no contract or obligation. You can then choose the best subscription option for your family.

If you have a question, need support, or want to say hi to the family, drop us a message at info@famteam.tv

Married in 1979, Rick and Cathy Arndt bought a big, old house and began to watch their "home team" grow. First came Paul, then John, followed by Mark, then Luke ...

A quarter-century later, the old family house held 16 members. Rick and Cathy had been joined by 13 sons -- and a lone daughter!

In addition to forming an actual team (Dad and the guys have played in softball leagues for two decades), the family began to build home-based businesses. In 1985 they took the plunge into homeschooling, an adventure that continued through the next three decades.

The family has been featured on TLC/Discovery Health, Inside Edition, the Fox Network, the Montel Williams show, and in many other media outlets. They have filmed and produced the FamTeam and Safe at Home TV series, and are presently filming a movie.

FamTeam offers an auto-renewing Monthly Subscription with a Free Trial.
You'll receive unlimited access to content on all your devices. Payment is charged to your Account at confirmation of purchase. Pricing varies by location and is confirmed prior to purchase. After the free trial, subscription automatically renews at the monthly rate unless canceled at least 24 hours before the end of the trial period. Manage your subscription in Account Settings.
For more information see our:
Terms of Service: https://famteam.tv/pages/terms-and-conditions
Privacy Policy: https://famteam.tv/pages/privacy-policy