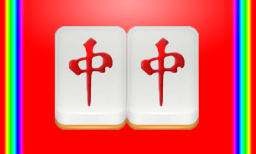 Thank you for viewing! Thank you for downloading! Mahjong Domino is a revolutionary game that integrates the classical and the modern into one.

*****Game rules
*Two tiles will be selected randomly and dropped from the top each time.
*You align them together so that they are in removable groups through operations of rotating, moving, fast-dropping.
*Game continues until the pool is full.