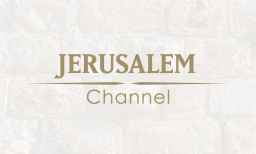 Developed and serviced by Lightcast.com

Christine has ministered on every habitable continent and in the most far-flung islands. Her healing and revival ministry has planted a number of “Tabernacle of David” Gospel tents, and she ministers daily on TV channels across the world. Her “Exploits Ministry” based upon Daniel 11:32 and John 14: 12 is obeying the Great Commission to the ends of the earth, also in fulfillment of Acts 1:8.

Because of her love of the Jewish and Arab peoples and all the spiritual descendants of Abraham in the Church, Christine has received a most unique ministry to share God’s love and ministry of reconciliation. She is the author of several books, including “Miracles Among Muslims,” “The Wounded Lover,” “Let Ishmael Live!”

Christine encountered Jesus supernaturally as a child. Facing a life-threatening illness, she still remembers when Jesus appeared to her in an open vision as a Jewish king and healed her.

When she was 16 years old, Christine was seated in the back seat of a car that was hit by a train, but when she was flung into the road, her life was miraculously saved. The Lord said, “I have spared your life for a purpose!”

A third attempt on her life through a serious emergency happened before Christine and her husband moved to Jerusalem to begin a strategic television work. She had to learn much about spiritual warfare and healing through practical experiences.

Christine’s father, a conservative Presbyterian minister, and her mother, an accomplished classical pianist and nationally award-winning composer, raised her with a deep love of the Christian faith and with a notable reverence for the Jewish people.

During a season of fasting, Christine was called by the Lord to the work of television. Furthemore, in an epic dream, the Lord Himself commissioned Christine to stand with His holy End-Time purposes concerning the preservation of Israel when all the nations encompass Jerusalem.

Following a successful career as an award-winning journalist in Richmond, Virginia, Christine and her broadcaster husband Peter moved to Jerusalem in 1982 to began a life-long love affair with the region and all its people. Truly Christine is a minister of reconciliation to both Jew and Arab and she appreciates all the historic and apostolic churches of the Middle East, enjoying favor in many quarters.

For five years in the 1990s, the Dargs traveled extensively with Evangelist Reinhard Bonnke in Africa to document confirmation of the preaching of God’s word with miraculous signs and wonders . . . the deaf hearing, the blind seeing and the lame walking. Christine has held her own large Gospel meetings primarily in Eastern Europe, the Philippines, Egypt, India and Pakistan with testimonies of many healings to the glory of God.