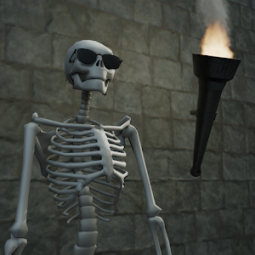 Welcome to the fantasy open world game called Ajax Town. You can play this game however you want, you can roam around and pull epic stunts with your bike, shooting zombies with sniper, fight boss, or explore the dungeon with your sniper and magical powers. It is a single-player story campaign with sniper shooting missions.

You can choose between different gameplay styles, you can play like assassin to kill zombie on the battlefield using your sniper or takedown from the back or just jump into the battlefield and start shooting to experience an epic single-player story campaign.

About the 3d open world:

You can explore the 3d open world on foot or by riding a bike. The world is divided into different sections. You can travel to different locations using your motorbike and in order to have a bike, you need to find all the parts and assemble them before exploring rest of the 3d open world game.
Sniper shooting enemies should be the first priority. They are found mostly on rooftops.