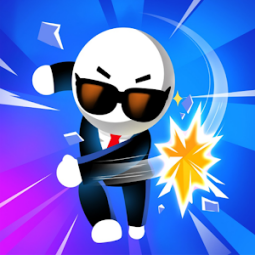 Welcome to Clash Gang: Epic Beat Em - a gang epic battle game. It will give you numerous stunning levels to show off your fighting and concentration skills. Catch the rhythm in your hands and beat the gang beast. Become the best city fighter with top hit songs, sound good? Let’s install! It is not as easy as you thought!

How to play:
- Hold and drag to play! DON'T TAP!!
- Move to fight the gang beast.
- Move to avoid rockets and become the best city fighter!

✓ Best game ever which combined running and fighting and top HIT music!!
✓ No high-skill level is required. It's for everyone to play.
✓ Multiple weapons, items, and characters to collect.

Gang beasts are in the main street, what are you waiting for? Come and fight!!!