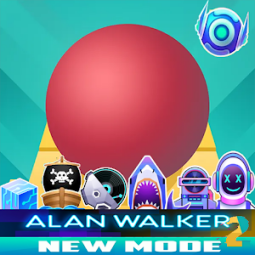 Gameplay is very simple, but difficult to pass! Throw ball left or right, or hit to jump ball to avoid hitting a variety of sudden obstacles while freezing in universal! Dynamic and tasteful music, concentrate to increase your speed and passion. Tense rhythm will make you forget the time! Test your finger speed and response to the limit of the game. Rich virtual world scenes, that’s the magic of the rolling sky 2020 ball!
Time your actions, focus carefully and become the rolling ballz master!

Rush and jump with rolling sky ep 2 bouncy ball while dodging hurdles in this endless thrilling roller coaster ride. Wobble around in space, passing through obstacle, beating your own score and hit checkpoints.
Run triply balls and tighten your nerves on rolling sky 2 ball avoid trapping in universe!
As an addictive arcade jump ball rider just like the rolling sky stone, you must not miss this incredible resurrection of smash ball in univers!

rolling sky 2020 Ball 3D:Sky is the arcade game published under the banner of CrazyTap Games. Easy rule, easy control but unlimited fun that's all you will get in Rolling Ball 3D:Sky. It is an addictive and a must play game because it will make you rock and roll with rolling ball having enemies that are obstacles in your way in this game but you have to be careful and reactive to pass these obstacles without touching the rolling sky ball with these obstacles.

Roll, spin, and here your Rolling Ball goes that Rolls here and there but don't be too lazy because this Rolling Ball is very crazy and it will push the boundaries of your speed and reaction. Move the ball ,spin it and roll it down.Have fun while playing this Game, balance your ball don't move too much left or right and grab the coins to unlock other themes.Collect as many gems or coins as you can to unlock new Themes and Balls.You can Unlock those beautiful Balls too by earning more coins

Easy rules, easy control , unlimited fun! Ball rolling sky is 3D arcade bouncy ball game packed with plenty of stressed hit action and breaking or smash scores!
Ball Sky is a rush game that pushes the boundaries of your speed and reaction. Ball is a fast-paced race through unpredictable obstacles & maze-like platforms and time is running out! Control the ball by rolling sky , spinning, passing and trippy jumping to move along the course without falling off the screen now. Beating with classic run while hooked in the univers.
You need to rapidly Scrolling in univers and your reflexes need to be fast otherwise you will not be able to become ball rider. You can make big progress in game by just rolling the ball in univers. Make high score and challenge your friends.

Are you ready for an incredible universe ride? Try this game now.