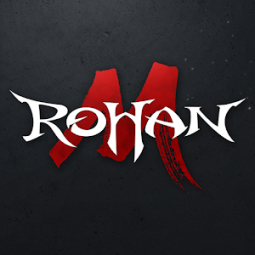 "ROHAN M" mobile game developed from the original and famous Online PC game’s IP “ROHAN Online”. You will explore the world of "ROHAN" in your mobile with the game systems that you’re familiar with the PC version. Besides there’re many systems such as PVP PVE, combination system, open world, dungeon unlocking, upgrade system, and more!

The classic legendary Online PC Game which developed into mobile version! It's time to reminisce about the joyfulness of the classic ROHAN!

[!app!]
We require permission to provide the following service while you use the app.
[!required!]
- Storage: Requires Used to store files or data relevant to gameplay while the game is running

[!how!]
▶ Android 6.0 or higher: Settings > Apps > Select Permission Settings > Permissions > Set to allow or deny
▶ Below Android 6.0: Upgrade the operating system to change settings, or delete the app
※ The app may not provide other options to change permissions itself but can always be done with the above method.

⚔️ Breathtaking PVP
Life or death, judged by your hand!
Watch your back! There is no warning for vengeance, it could happen anytime anywhere.

⚔️ AUCTION SYSTEM
Make profits, create an economy by yourself.
No more worthless equipment and items!

Just 1mb left to download but its says always error!!! Wasting of time!

120 mins scam event.. Dont play this game.. They want f2p players to spend money to them.. I creates 10 accnt to survive the game but what do i get then restrict accnts on 120 mins event and cant get reward..

Addicted to this game since pc version