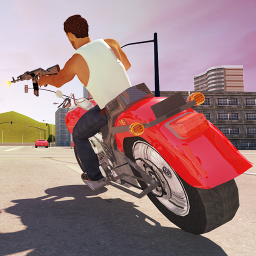 San Andreas Crime Gangster 2017 - One of the best action games based on crimes and criminals life.

Crime Scene Hero - You're a real street fighter, just escape from getting killed by bandits. Be an angry citizen and plot a revenge against all the killers. Let it be as a beautiful city, do not turn into crime city with blood and robbery.

Freely move around the city shooting and killing all the enemies around you to kill.