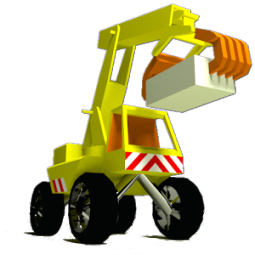 This is the companion app to 'The Little Crane That Could'.
With this editor, you are able to design and build your own levels.
Building a level is easy and fun for all ages.
Just snap different building blocks together.

The game itself is free and available here:
https://play.google.com/store/apps/details?id=com.steenriver.littlecrane

IMPORTANT NEWS
The launching of user designed levels in the game was broken for a very long time.
I deeply apologize for this horrible bug.
I have uploaded a new version of the game (not the editor) which will fix the launching.
Thank you for your patience.

CAMERA
Swipe the main view to control the camera. Horizontal swipes will make the camera orbit, and vertical swipes will control camera elevation. Use pinch to zoom in and out. To focus the camera on a specific block, tap and hold the block to select it.

BUILDING
To build up your world, you first select the block you want to add in the library strip at the bottom of the screen. Then you simply need to tap on one of the 6 faces of an existing block that is already in the world. The new block will be attached to the selected face. Once a new block is placed, it will automatically be selected, and you can delete it by tapping the DELETE icon. To select another block, simply tap and hold it.

DYNAMIC OBJECTS
At the tail end of the block library, there is a special set of objects that are marked with a red dot in circle. These objects are dynamic objects, which means that they can be moved in the game. If you place these blocks in your world, they will function as so called spawn-points for the object. You cannot change the orientation of dynamic objects spawn points. You must put one, and only one vehicle in your world. Currently, the world editor does not support multiple vehicles in a single level. Also, there is a limit on the number of blocks you can use to build your world, which is currently set at 1024 blocks.