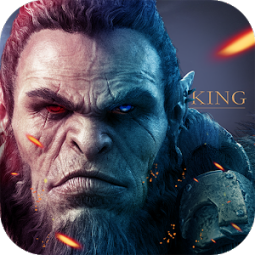 King of Kings is a 3D MMORPG masterpiece with fantastic graphics and classic gameplay.
Brand-new DLC: “New Era of Nightbornes” has been officially released. The ancient race "Nightborne" has been added into King of Kings. In this massive open world of more than 26 square kilometers, you get to choose from 5 races and 27 advanced classes to build your own character freely and start an exciting adventure.
“Team PvP” and “Duel” features are now available in the new version of King of Kings. The excitement of real-time free combats as well as winning as a team together with your friends will definitely blow your mind. It's time to build the best squad with friends and dominate the arena!
Looking for better gears? Then get ready to challenge harder dungeons, kill darker bosses to get abundant loots, epic weapons and equipment! More great contents are coming up in the new version of World of Kings - New Era of Nightbornes.
When the dark shadow brought by Blackdragon has covered the land of Tanglamia, righteous heroes are seeking a way of saving the world. Open the elder scroll, discover the secrets of 7 artefacts. Take your weapon! The world needs you, hero!
Facebook: www.facebook.com/KingofKingsSEA/
Features:
[!pvp!]
Call up your teammates to build a squad. Now you are able to team up with friends to match in the arena and battlefield;
Start a duel anytime anywhere, practice your combat skills;
Real-time PvP system, only the strong ones could survive;
Massive multi-player battlefield. Guild battles of more than 100 players. Fight for
honor!
[!dungeons!]
More than 10 epic dungeons have been added into the new version;
Build a team of 5-25 with friends and fight against enemies;
Tank, healer, DPS, carry out your duties and make the best team;
Get epic loots. The harder the dungeons are, the better rewards you will get!
[!a!]
New available race – Nightborne. All 5 races possess independent stories;
9 basic and 27 advanced classes for you to choose from;
Hundreds of mounts and pets will enlarge your collection;
Huge open world of 26 square kilometers, thousands of NPCs, discover the hidden stories;
Find beautiful sceneries and explore every corner of this world.
[!social!]
Meet global players and take adventures together;
Communicate through voice chat, overcome difficulties together;
Join a guild and build steady stronghold together!
Recommendations from our players:
From “Mo Ro”: Best guild
Thank you devs for creating such a great game! Have been playing this game since the official launch and I’ve met the best people in the world!!! You get to grow very fast with your guild once ur lucky enough to get into one. Our guild is
definitely the best. We raid together, build our fortress together and defeat other invading guilds! Thank you again for all these wonderful memories. More power for KoK!
From “lesekatze20“: PC quality
It’s hard to find such a high quality mobile game these days. Graphics are top, almost like you are playing on PC. And so many things in this game. It’s a real vast world. My favorite part is the mount you get to claim. YOU CAN RIDE DRAGONS! Mega cool!
From “spiritdreams”: Best gameplay ever from a mobile mmo
Gotta admit that the system in this game is complicated. It’s an epic game for
professionals, not for noobs. As long as you know what you’re doing, you will
be able to develop your char easily even without paying. KOK is f2w. You just need to grind a little and get to know the mechanics. High recommendation from a pro-mmo player guys.