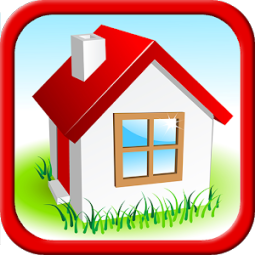 “The Human World for Kids” - an educational game for children ages 2-4 from the series "Kids Learn Words".

Together with your child, look at bright, colorful flashcards from the "human world" accompanied by sounds, learn the names of these man-made objects, and listen to the sounds they make!

After the child has looked through all the flashcards, he or she can take a fun quiz to see how many of the words he or she has learned. Regardless of the number of correct answers given, and of stars earned, the child’s developing skills will be fostered by enthusiastic applause and floating balloons!

The educational flashcards for kids are divided into the following categories: “Cars and Transport”, “Professions”, “Buildings”, “Musical Instruments”, “Tools”, “Furniture”, “Kitchen Tools” and “Clothing and shoes”.

One important distinction makes this educational app stand out from the rest: instead of drawings, which are not always easy to identify as a real object, the child will see bright, beautiful and fun-spirited photographs. This will allow the child to “see” each object as it actually appears in the real world, while allowing the parent to tell the child more about this object.

Does the youngster have an older brother or sister in grade school? They can also use this educational game! In addition to English, this app also supports the Spanish, German and many other languages.

While playing with the educational flashcards in a foreign language, a school-age child can effortlessly learn many new words with which to surprise their teachers and classmates. An A+ is guaranteed!

The youngster does not need to be able to read in order to use this educational app. The simple interface and spoken clues allow even the youngest of children to play and learn independently.

Experience has shown that children love to look through a series of colorful pictures with sounds, and they will ask to see them again and again. According to Glenn Doman, an American physical therapist and the founder of The Institutes for the Achievement of Human Potential, participating in these kinds of educational activities (for 5-10 minutes a day) stimulates the development of various regions in the brain. As a result, the child's photographic memory takes shape, the child develops much faster than his or her peers, and, beginning at infancy, the child gains access to a world of encyclopedic knowledge.

The main point, in which Doman is undoubtedly correct, is that the younger a child, the more easily he or she can absorb new knowledge. It's important to make use of this ability while it's available!