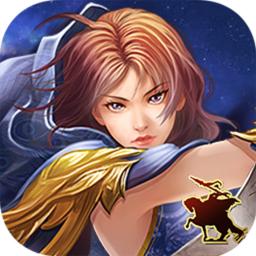 Join the Epic Battles in this most addicting turn-based strategy war-chess game with game play similar to classic Heroes of Might and Magic series.

《Clash of Warlords》 features the zone exploration, turn-based combat system, as well as card collecting aspects, with a throughly developed simulation system, as well as an abundant number of challenging campaigns. The thrilling, mind-challenging gameplay will keep war-chess gamefans gripped for hours. Get ready to enjoy more than 70 action-packed strategy simulation levels that await you! Let the War begin! Command your heroes to Charge!

Now Introducing [!arena!] for PVP (Player Versus Player)
This is a brand new feather of the game which allow players fight against each other, get upgraded and ranking.

[!arena!] is like a mini game incorporates serval parts as below:

-Deploy-
Players can choose the heroes, troops and tactic cards to be ready for the battle.
-PVE-
In this area, players can fight against some mighty BOSS (AI) to earn some experience to upgrade their battle level in Arena.
-Arena-
This module has 4 compartments : Training room, Ranking Room, Rank, Playback collection

1. In the training room all the equipments are united provided to players and their battle results will not count for ranking.
2 .In the ranking room players will be using their own equipments and battle results will be used to rank.
3. A Leaderboard of up to 60 top players can be seen in the ranking area.
4. Playback allows players review their recent battles or check other player's battle by using a playback reference id.

[!quests!]
Players can get rewards by accomplish Quests provided and difference quests are showing here according to players's level.

[!shop!]
Where players can shop for some props and tokens specialized for Arena.

****New features from 2017-2018****
[!boss!] : two player can cooperate in realtime with each other to fight against a serial of mighty bosses and claim abundant rewards!

by Ach Shellie
If ur looking for a heroes of might and magic type game look no further. It's the best one I've played for ISO

by Dwtheriault
As others have said, very similar to the old Might and Magic games, in fact they even site that in the game description, but with a Chinese flair. don't let the very first scenario fool you into thinking there is no nitty improvement as that gradually comes in the following ones. A very well thought out game and I recommend to any turn based strategy gamers.

by Gideon111
Glad to see someone finally make a game based off of heros of might and magic. Good job!

by 1947366199
An amazing game that combines two of my favorite games, heroes of might and magic and dynasty warriors. It is quite challenging but worth the frustration.

by RIchard E B
Very similar to Heroes of might and magic, without the pay check
From the graphics to the turn based combat, this game draws you in.

by XxXxXxBLAZExXxXxX
Love it！Can't seem to get enough of this game!!!!!

if you have any problem with our game, please visit our website : http://cow.xingames.com