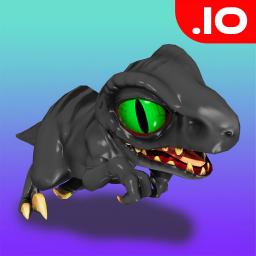 Dinosaurs are back! Check what it's like to be a giant reptile tearing apart its victims. Go hunting and become the largest carnivore.

The hunt has already just begun. Extremely hungry dinosaurs came out into the streets. Terrified residents flee in panic at the sight of teeth dripping blood. A potential victims waits at every corner, trembling in fear of a larger carnivore. There is no chance to escape.

In this battle royale is no room for acts of grace. The law of nature is implacable. Everyone is in the crosshairs, everyone can die. dinosaur simulator. Whoever shows weakness, can be a special guest on the large supper and the meet with merciless fangs of the terrifyingly huge mouth. Go inside to the fascinating world of giant reptiles, defeat all opponents and become the most powerful dinosaur.

The jurassic survival was created based on the popular multiplayer mode. As part of the io games offline you can compete with other players. But beware! Their dinosaurs are extremely hungry. In addition to eating opponents, use the appropriate strategy to survive the competition of reptiles. Hide behind the building or devour more items that will give dinosaur strength? It all depends on you!

You start in the battle royale as a small dinosaur. At the beginning you have only one species to choose from, but keep calm! You get bigger and faster with each defeated enemy. However, account from the jurassic survival must be taken of the fact that agility decreases when dinosaur grows. All you need is a little patience, and the points gained in subsequent competitions will allow you to play the role of another dinosaur. In this battle royale you can choose from up to twelve species that inhabited the Earth a few hundred million years ago.

Each dinosaur in this io game has two minutes to prove that is the smartest among the rest of the opponents. Time can be increased through, and the points are still accumulated. There is also a second game mode in which the most persistent dinosaur wins. If he stays on the battlefield, he'll be honored to be the bravest of the brave.

In addition, it is also worth doing interesting tasks in the io game. One of them is, for example, eating the largest number of specific items - trash bins or benches. Compete with other players and climb the points, eaten opponents or objects.

The city where the game begins is just the first stage. Looking for more and more new victims, you can wander the streets and explore the city's arteries. Further successes allow you to discover new maps. Over time, you can move to the fascinating world straight from a science fiction novel. There, gravitational forces lose against the eternal law of the jungle. Whoever shows weakness in the io game will disappear not in the cosmic vacuum, but in the stomach of the opponent. Don't think about your fear, just fight to the last drop of blood.

Another world is the suburbs, where there is a real arena for dinosaur battle. Huge gladiators must show who is the ruler era of jurassic. Go in to our world. One false move, one wrongly chosen way, and the dream of victory will fall apart and you will have to start the game again. It is good to be on guard and open the mouth quickly. Rrrr! This is the last sound your opponent will hear.