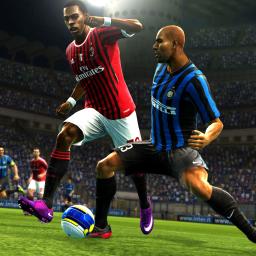 Have a ball playing soccer on your mobile device with Evolution of Soccer: World League 2015.

DEVELOP YOUR PLAYER FROM ROOKIE TO SUPERSTAR
Manage your player through numerous seasons and perform events, train and buy items to lead them to superstardom.

IMPROVED SOCCER EXPERIENCE AND SKILLS
New features such as header, free kick and corner kick to boost up the excitement along with various super skills such as teleportation, high–speed dash, and bullet speed shooting.

REAL PLAYERS. REAL TEAMS. REAL LEAGUES.
Kick, head, and tackle with the world's star teams, each with their own fun, over–the–top special kicks.