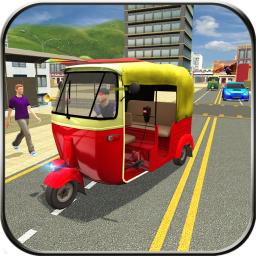 Some things are economic, some things are cultural and yet sometimes the economic choices start representing the culture. UberX may be a no-brainer in many countries but we live in a world that is as diverse as the geography of the planet, if not more. Call it tuk tuk, rickshaw, bajaj or samosa, it represents a colourful ride which can whiz past through the cramped streets.

It may not be the most comfortable ride you can get but we’ll tell you what it can get – it can get bumpy, thrilling and can drown out your voice in its signature engine sound. Since you can’t talk much, sometimes you spend some time in soul searching or fantasizing. There’s a slight chance that Wright brothers built a pretty similar basic structure for doing their test runs. So you might as well think about the tuk tuk doing a few leaps in the air…. Hopefully you didn’t indulge yourself a lot into it because you have reached your destination so pay the driver and come out.

See if this virtual rickshaw catches your fancy and let us know where and how we can be more fancy in making stuff for you.