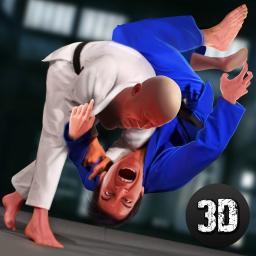 Try our new Judo Kick Master: Fighting Clash game being one of the most interesting fighter in the world – a judoka! Become really strong, mighty and powerful fighter, unleash your inner energy and be the best judoka fighter ever!

Become one of these brutal judo fighters! The main point of this judo martial art is either to throw or takedown an opponent to the ground, immobilize or otherwise subdue an opponent with a pin, or force an opponent to submit with a joint lock or a choke. Train every blow to learn maximum about the judo and use these knowledge wisely! Perform different tricks and stunts against your opponent and prove that you’re strong taking the first place of the tournament list!

Just try four absolutely different game modes: vs mode, where you are going to defeat all your brutal opponents one by one; training mode, where you could check your abilities and characteristics performing different strikes and blows; survival mode, where you should stay alive as long as it even possible; and contest mode, where your main goal is to win this wonderful championship! Enjoy Judo Kick Master: Fighting Clash and have fun!

Earn points for all your defeated enemies to customize your super judoka fighter, unlock new super warriors or power up your current one! Perform all the tricks of this amazing martial arts, challenge the most powerful rivals ever and just become the best!

Become a real legend of this special Japanese fighting discipline – judo! Choose your fighter and do everything possible to win with Judo Kick Master: Fighting Clash!

Judo Kick Master: Fighting Clash was featured in iOS on 1 placements in Deutschland on 24 Jul 2017.