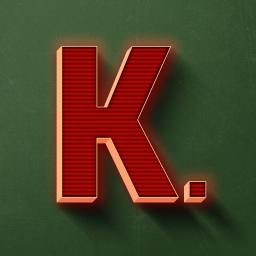 => Free for a limited time to celebrate landing on CNET's Best Mobile Games of 2016! <=

Chat with an A.I. - this interactive adventure game gives you a chance to chat with a Soviet Artificial Intelligence from 1985 that’s been training in the dark for thirty years, doesn’t know the Cold War ended, and may be connected to the world’s second largest nuclear arsenal. KOMRAD is a casual interactive story game for iOS 9 and 10 and watchOS 2 and 3 that plays out through conversations and choices.

When the Soviets shut down a secret project in 1985, they forgot one thing—to turn off the computer. Now you are the first person to connect to this advanced artificial intelligence that has been training in the dark for thirty years, unaware the Cold War has ended. Your conversational choices will determine your fate--and the fate of the world.

KOMRAD is a work of interactive fiction* created by the former Chief Design Officer of IBM Watson** based on fundamental principles of real AIs and chatbots. You may learn something. We promise it won't hurt.***

As mentioned in The Verge, WIRED Germany, TouchArcade, Polygon, and other fine publications.

More importantly, here's what some of the first players**** said:

- "I felt like a kid again...I couldn't put it down!" (US)
- "just wanted you to know this game is incredible...really amazing script and story"" (US)
- "Komrad is a fantastic experience...It changed how I see Chat Bots and AI development." (Germany)
- "I just started the game but I can already say i love it...you really feel like someone's "on the other side" (Denmark)