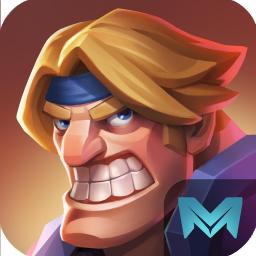 Come to join heroes’ fantastic battle adventure! Assemble a great team to defeat the forces of fierce monsters and attack enemies in this unique adventure! Your league of idle heroes will do whatever to make you be legend and help you build empire!
Heroes Legend is an epic action RPG card game taken place in an exotic magical land which has been thrown into chaos by terrifying monsters and powerful enemies. Collect and train idle heroes, summon teammates, control the battle with your fingertips and become the king of war. It's time to Clash!

Features of this Idle RPG Action Card Game
[!summon!]
• Select your favorite ones from 50+ idle heroes, they are at all times and all over the empire, meanwhile they can help you to be a lord of this land.
• Thousands of equipment, defeat brutal monsters and raid their equipment to enhance your heroes, improve step by step to get the final legendary weapon.

[!master!]
• Try different strategies of war, create your unique combination of heroes to build the strongest team and empire in the world!
• Summon the ultimate party of heroes and challenge other kings in the clash adventure every day.

[!heroes!]
•Too lazy to tap? Don't worry, once you log out the game for 7 hours or less, your heroes will fight in this war automatically and battle for victory.
•Grow & Train a powerful league and empire to adventure without much effort！

[!unforgettable!]
• Real-time combat online RPG card game with fascinating visual effects.
• Explore mysterious and magical lands to find and collect new Heroes in a soul-striking campaign, to be lord king of the land.

[!legendary!]
• Challenge players from all over the world and become Lord of the empire.
• Advance to the Epic Arena and earn the title of king.
• Clash with monsters in the Guild Wars as you want!

Select and evolve your best fighters from your card deck, plan your battle strategy and strike with your heroes in this idle RPG game. Prove your power, become a real legend and play with us now!