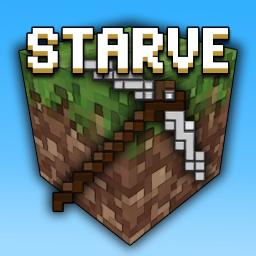 Starve Game is a traditional sandbox game, you will spawn in an arena which there is no way out, you must collect items found in chests scattered in the arena and use them to defeat other players.

When you play a map with this game a glass wall is created which is 200x200 blocks around the center of the map, it is an indestructable wall and players will always spawn inside the arena.

There are also chests scattered randomly around the arena which contain useful weapons and items.

When you die you drop all you items and start spectating.

After three minutes you get hungry and start starving.

Starve Game with its truly multi-player feature, you can create your own server on your device to play with your friends via LAN, or you can connect to public servers via internet. A lot of creative world on the public servers.