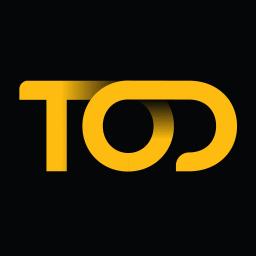 TOD has what you want to watch NOW live and on demand!

Enjoy a premium live sports experience alongside Arabic, Turkish and American movies and TV. Kids can watch very best shows from Jeem and Baraem in a safe space, just for them.

NEVER MISS A MOMENT
Stats and instant replay are delivered side-by-side with select premium football matches. When you're done, jump back into the action with a single tap. It's the best in-match football experience anywhere.

ENTERTAINMENT JUST FOR YOU
Create a profile for yourself or your kids and enjoy premium Arabic and Turkish dramas/series with a wide choice of Western entertainment with Arabic dubbing/subtitles. From leading studios like Warner Bros., SONY, CBS, Miramax, NBCUniversal, FOX, Turner, Cartoon Network, DreamWorks, National Geographic, Discovery, and more - it's binge-worthy entertainment for the whole family!