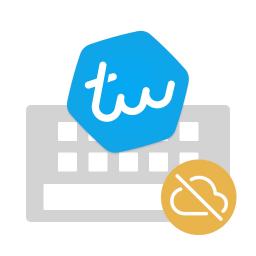 This app is the offline version of the popular, privacy-friendly "Typewise Keyboard" app. This offline version adds an additional layer of security. Note: online features will not be available in this app.

80% FEWER TYPOS
A recent study with 37,000 participants showed that on current keyboards 1 out of 5 words contains typos. With Typewise you finally get rid of these ARRGGHH-moments. Thanks to the hexagon layout, keys are 70% larger and much easier to hit. This reduces typos by 80%.

100% PRIVACY
What you write is personal. That's why the keyboard does NOT require “full access” and none of your typing data is transmitted to the cloud.