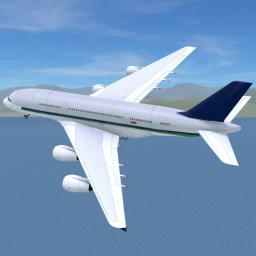 In Airport Madness 3D you are an air traffic controller, managing airplanes as they travel to and from major international airports. Move airplanes as quickly as possible while keeping the skies and runways safe from midair collisions. You are the last line of defense against disaster! Do you have what it takes to handle the world's most stressful job?

Big Fat Simulations proudly offers you the seventh version of Airport Madness. This is a 3-dimensional version of the popular game series, offering players the view from an airport control tower.

Each airport has two separate traffic patterns, which doubles your play variety. Choose from four different view perspectives: tower, runway cam, sky view, as well as cockpit view from any aircraft. Monitor air traffic from two radar screens, one for ground traffic and one for airborne traffic.

Flight characteristics are highly realistic. Aircraft actually raise their nose during the takeoff rotation and landing flare. This game is brought to you by real-world air traffic controllers. We've captured all of the fun aspects of air traffic control, and present them to you here in Airport Madness 3D.