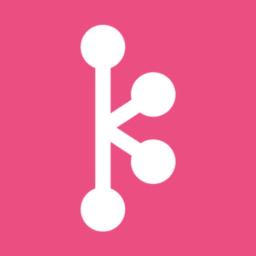 Neureka is a collection of fun brain games and challenges that allows you to solve cognitive puzzles and help in cutting edge scientific research. The more science challenges you complete the more points you collect and the more you help dementia and mental health research. 50 million people suffer from dementia worldwide, a figure which is set to increase substantially as populations increase. Using gamified cognitive tests the Neureka application aims to allow you the user to contribute and help in the global fight against dementia.

Risk Factors - Play this fun set of games against the clock and complete questionnaires to help us understand how to prevent dementia!

The Science
There is a growing body of knowledge that up to 30% of cases of dementia could be prevented through what are called “modifiable risk factors”. We want to understand why this is the case - to unpack the complex relationship that exists between mind, body and environment so we can figure out new ways to fight dementia.

In this challenge you will play three fun games that require different types of thinking (cognitive) processes. Prior scientific research has suggested changes in these cognitive processes may predict people’s risk of dementia years before diagnosis.

By completing this challenge you will help us understand how potential risk factors might confer risk for developing dementia and in doing so, pave the way towards new and effective interventions that can keep us all healthy for longer!

Multi-Mood - Log your moods over 8 weeks and help detect changes in your mood!

The Science
Major depression affects over 300 million people worldwide at any given moment. Approximately 15% of all people will develop depression at some point in their lives.

In MultiMood, you rate your mood twice a day over 8-weeks and complete a depression questionnaire once a week. Research has shown that distinct changes in mood occur before entering a period of depression. Through MultiMood, you’ll be helping us understand how interactions between different aspects of mood contribute to the risk of experiencing a depressive episode.

Memory Match - Play this memory matching game where you identify shapes and numbers against the clock !

The Science
Research suggests that difficulties linking different forms of memory together (e.g. shapes and colours) is impaired very early on in dementia (potentially 10 years before diagnosis). It is thought that this is because the parts of the brain that link these memories together is one of the earliest to be affected by the disease

Star Racer - Collect points against the clock by selecting the numbers and letters as fast as you can !

The Science
This game assesses aspects of your mental flexibility (your ability to switch between numbers and letters) and your ability to maintain two trains of thought simultaneously (keeping track of where you are in the number & letter sequences). These abilities are known as ’executive functions’ and prior research has repeatedly shown that they decline 2-3 years prior to dementia diagnosis.

Cannon Blast - Shoot the cannon and collect diamonds as you move through levels collecting as many points as you can!

The Science
Research suggests that the ability to anticipate the consequences of future decisions and make optimal choices based on them (known as model-based planning) is impaired in older adults. It is thought that one reason for age-related decline in this type of decision making is atrophy of an area of the brain called the hippocampus. Dementia results in early and severe hippocampal atrophy and therefore the decision-making abilities tracked by Canon Blast may be sensitive to early signs of dementia.