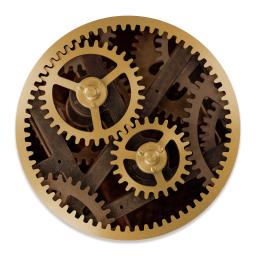 Use Worx4 X to prepare projects to be archived or sent to another workstation or facility. Any application that can read an FCP X v1.6 or 1.7 XML should be able to open the new consolidated project.

Worx4 X is a new application for users of Apple FCP X, which solves the problem of needing to consolidate, and trim media used in one or more Projects.
Worx4 X takes an FCP X XML that contains a single Project. It finds all the media references, adds handles, joins any overlapping references and then copies just the used portions to a new folder. Finally it writes the XML back out, but having adjusted the media references to point to the new trimmed media, and all the start times of the references to reflect the new trimmed lengths of the media.

WAV or AIFF files will not be trimmed if the preferences are set to 'Copy audio files without losing metadata'. Please set this option on first installation.

Limitations of V1.0
The first version of Worx4 X can trim the vast majority of routine Final Cut Pro X projects. It cannot trim everything that FCP X can create in a project.
> Worx4 X will not currently trim either MXF, M4A(AAC), AC3, CAF or mp3 media files, the whole file will be copied.
> QuickTime reference files will not be trimmed, the reference files are copied to a new directory, but will still reference QuickTime files in their original location, which will not have been trimmed and would potentially go off line if the new project is moved to a different workstation. We recommend you do not use Worx4 X on projects that use QuickTime reference files.
> Compound or MultiCam clips are copied in their entirety, media file which are longer than these clips will be trimmed to the length of the original Compound or MultiCam clip. However, breaking apart Compound clips will allow the media to be trimmed to that used in the timeline.
> Sync clips that contain a video clip and one or more audio clips, which entirely cover the used portion in the timeline will be trimmed, Sync clips that do not meet these criteria will be copied in their entirety. Breaking apart such Sync clips will allow the media to be trimmed.