With this data, our customers can now better understand the ad monetization strategies of their competitors and gain insights into the individual apps that are serving ads within their own app.

App Annie Intelligence customers can use this new report to:

Clicking on the Ad Platform tab, we can see the ad networks from which the app 2048 Balls 3D was placing ads:

Next, we click on the Advertiser Apps tab and can see the apps that are placing ads on 2048 Balls 3D, along with each advertiser apps’ relative share of impressions within 2048 Balls 3D:

There are a number of games and social platforms advertising on this app.

Our users may gain the following insights from this data:

Next, to get an idea of the app’s global monetization footprint, we can click over to the Country view.

From this example, we can see that 2048 Balls 3D concentrates most heavily in the United States, where its share of voice is 2.03%. This means that of all of the ad impressions in the US on UnityAds, 2.03% of them are served within the 2048 Balls 3D app.

While concentration is especially high in the US, markets such as Taiwan and Hong Kong are not monetized.

By contrast, a similar app such as Numpuz: Classic Number Game, employs a different monetization strategy with highest share of voice in east and southeast Asian markets, including Taiwan and Hong Kong, as seen in the image below. 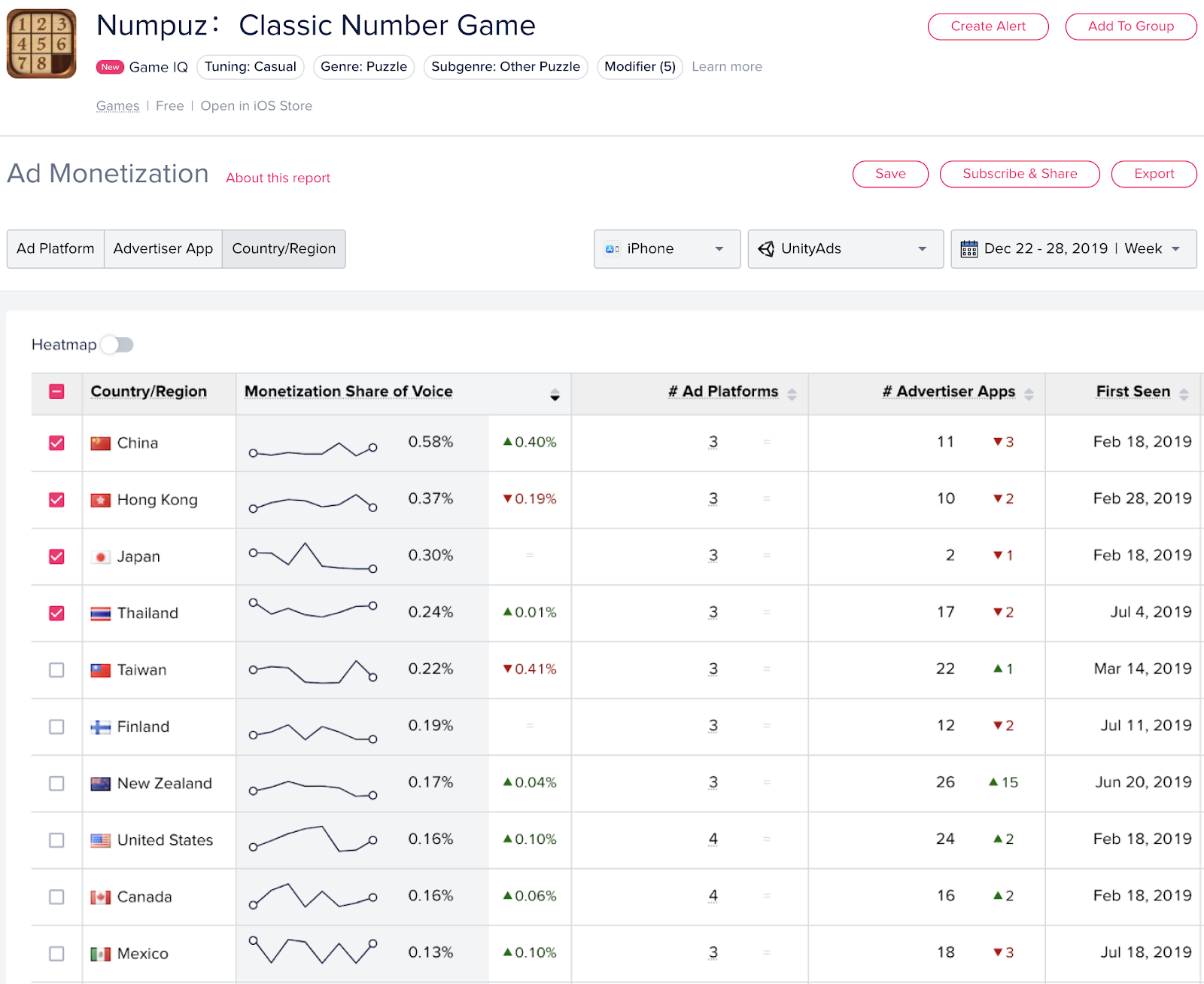 Haven’t upgraded your App Annie account yet? Get in touch with the App Annie Sales Team to get access to these Marketing Intelligence enhancements and more.

Introducing Data Integration Solutions for Mobile Insights Where You Need Them