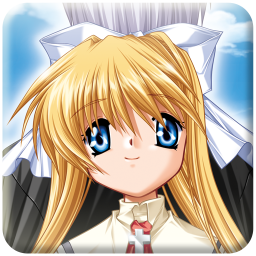 Check out the download rank history for AIR in United States.

Rank History shows how popular AIR is in the Amazon, and how that’s changed over time. You can track the performance of AIR every hour of every day across different countries, categories and devices.

Touching story depicting the theme of the love of parents and children, appeared in full voice!
Blockbuster "AIR" appeared as game software for PC, ported to numerous home-use game machine! TV and anime series broadcast on TBS, love of adventure excitement was also extremely well received anime movie version.
[!note!]
This app is the large-scale version of the same home-use game machine. I do the download of the data for the app on the first boot after purchase. At this time, I need at least 944MB of free space in the storage area of the terminal. Is to complete, please note that it may take about 10-20 minutes at a good Wi-Fi connection and LTE.
[!prologue!]
Summer in the town had been visited.
Young man who manipulates the doll in front of a bus stop. Around it is just the two children. The interest of the audience, the art of youth was too boring. The kids lost interest, ran away a fly.
Young people travel. His two companions. Walk out without a touch of the hand, and an old doll.
Imposed on those who have the "power", distant promise.
Him like that, one girl talking.
In a friendly way, smiling innocently. In the wake of a meeting with her, living in this land begins.
Day wrapped in the scene of summer, gently flowing people.
Repeated in the sunlight, the encounter with the girls.
Summer goes on everywhere.
Under blue skies.
She waits, under its atmosphere.
[!voice!]
Yukito Kunisaki ... Midorikawa Hikaru / Misuzu Kamio ... Tomoko Kawakami / Kano Kirishima ... Asami Okamoto / Minagi Tono ... Ryoka Yuzuki / Michiru ... Yukari Tamura / Hijiri Kirishima ... Yumi Touma / Haruko Kamio ... Hisakawa Aya
[!production!]
(C) VisualArt's / Key

Find out what users think of AIR by reading the reviews and checking the rating.