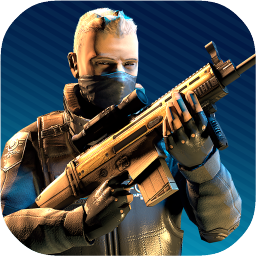 Check out the download rank history for Slaughter 2: Prison Assault in United States.

"We recieved a disturbing message: a riot took place in Burdeck Prison. The whole personel is dead, city surroundings are captured. Mysterious and mad man called Tsantsa is behind all these events.
Special Ops were sent immediately into the city, their task is to clear the city itself and prison blocks from crazy inmates.
City streets are full of lunatics and thugs, what means that you should grab guns and start to fight!
You can break through the enemies, destroying everything that moves, like a true soldier. But you can also search for secret intel and records, to put together pieces of a gruesome story that took place in Burdeck's Prison."
In game you have a wast variety of weapons, enemies and intense bossfights!
Due to excellent shooting system you can feel power of each and every gun from which you will fire, and deeply elaborated damage system make every fight unique and exciting. Make ambushes and put traps for the enemy, prowl behind them or be a trigger-happy guy, who will annihilate anyone who opposes him!
If you want to play an excellent shooter with morbid humor - this game is truely for you!
And now, soldier, load your gun and plunge right into the fight!

Find out what users think of Slaughter 2: Prison Assault by reading the reviews and checking the rating.