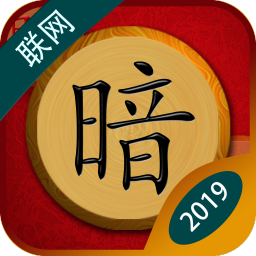 Check out the download rank history for Chinese Dark Chess - a chess game that is popular with the public for alternative games in United States.

Introduction to Chinese Dark Chess
Chinese Dark Chess is a board game that uses chess board and chess pieces. Its rules are not as complicated as chess. The chess is on the top and is eaten down. Although the dark chess looks so simple, it has always been loved by the public. It has a Chinese-inspired puzzle game that can be played online, and the party can challenge with friends. The wonderful game makes you feel the profoundness of the dark chess.
【game instructions】
Dark Chess uses Chinese chess pieces and chessboards. There are thirty-two pieces of chess pieces. They are divided into two groups, each of which is red and black. Each of the sixteen groups is composed of two parties. The arms are the same, divided into seven types:
Red side: handsome (1), official (2), phase (2), car (2), horse (2), gun (2), soldiers (5) a total of 16 pieces.
Black: There will be 16 pieces (1), 2 (2), 2 (2), 2 (2), 2 (2), 2 (2), and (5).
The handsome and the will, the official and the gentleman, the phase and the elephant, the soldier and the pawn are just the same, just to distinguish between red and black.
The "checkerboard" uses the upper half of the ordinary chess board, a total of thirty-two grids, and the pieces are placed in these grids.
game walk
First, first turn the chess (the two can only play the first three rounds), the color of the first piece turned by the first person, that is his color, then one person rounds and turns, in his own turn can turn a piece Or make a piece of chess move.
Winning and losing judgment
1. Eat all the opponent's pieces and judge to win;
2. The opponent eats all the pieces and judges to lose;
3. The two sides are deadlocked and judged to be chess;

Find out what users think of Chinese Dark Chess - a chess game that is popular with the public for alternative games by reading the reviews and checking the rating.