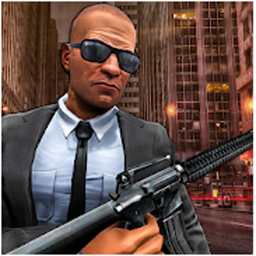 Be a Vegas OpenWorld grand gangster! MMA killing undercover Star in Crime game
Gangster Story: Underworld Criminal Empire Mafia brings the underworld gangster to life in this vendetta crime simulator. The open-world RPG turf war against this sin city gangster crime chase racing car has begun, be the gangster of this bastard mafia city of SAN ANDREAS for all time. This Miami game brings you to the streets of New Vegas full of gangsters, cops, and special force soldiers. Show no mercy to everyone who stands in your way.
A mobster gang war is started b/w crime mafia family you are appointing as RPG Gangstar to destruct ruthlessly the downtown city of San Andreas by shooting, killing, take revenge from your OpenWorld ganglord and commit of his murder. Gangster Story: Underworld Criminal Empire Mafia is the new open world action-adventure gangster game with amazing stunning graphic and smooth gameplay. Play as a real gangster in a city full of sin and crimes. The mafias and thugs are in the casino. Do epic crimes like robbery, terrorizing the city, and escape from police. Drive the car fast, fight to defeat the other gangsters to prove yourself the boss of all. Kill your rivals, complete the challenging missions, and rule the criminal city. Do you have enough spirit to become the real Gangster?
This gangsta game has a lot of challenging missions and a variety of interesting features. These features make this MMA action godfather game quite unique, fun, and addictive. Download and play this OpenWorld GvG game, to uncover the underworld mafia, the black money dealers, and gangsters. Stealing auto cars, evade the city cops, racing cars through streets, killing and shooting down another gang mafia to become a criminal legend.

Find out what users think of GANGSTER STORY: UNDERWORLD CRIMINAL MAFIA EMPIRE by reading the reviews and checking the rating.