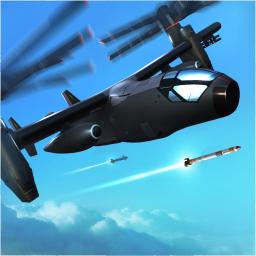 Check out the download rank history for Drone 2 Air Assault in United States.

Drone Air Assault puts you in command of specialized aerial warfare gunships with 120 action-packed missions and campaigns for you to take on. Battle across the world, take command of Hi-Tech aerial assault vehicles and establish supremacy from your strike carrier Damocles. Perform lethal strikes, defend allies and destroy targets globally to restore World Peace.

This game is completely free to download and play. However, some game items can be purchased with real money within the game. You can restrict in-app purchases in your store’s settings.

Find out what users think of Drone 2 Air Assault by reading the reviews and checking the rating.