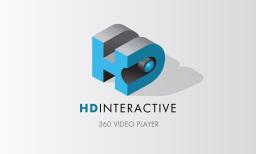 Introducing the HD Interactive 360 Video Player! This new app allows you to explore 360 degree movies, animations and commercials created by HD Interactive. Browse through our ever-growing library of videos and virtual reality experiences. Use the Apple TV remote to rotate the 360 degree view.

These videos were originally intended for use on Gear VR headsets, Google Cardboard, YouTube 360 player, Facebook 360, Oculus Rift and HTC Vive. Our 360 video collection allows you to take a college tour, get behind-the-scenes at an NHL game, visit a Buddhist Thai Temple, enjoy art and animation and experience flight and movement in a whole new way!

We’d love to collaborate with other VR filmmakers.
Contact us if you’re creating 360 / VR experiences too!

Find out what users think of HD Interactive 360 Video Player by reading the reviews and checking the rating.