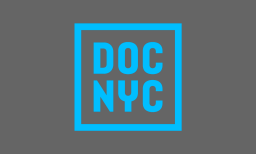 Check out the download rank history for DOC NYC in United States.

Rank History shows how popular DOC NYC is in the , and how that’s changed over time. You can track the performance of DOC NYC every hour of every day across different countries, categories and devices.

Documentary storytelling is flourishing like never before. DOC NYC is at the center of celebrating and supporting this cultural movement.

DOC NYC burst upon the scene in 2010 with an inaugural event that was hailed as “ambitious” (New York Times) and “selective but eclectic” (Village Voice). By 2014, DOC NYC had become America’s largest documentary film festival and voted by MovieMaker magazine as one of the “top five coolest documentary film festivals in the world”. Based at the West Village’s IFC Center, Chelsea’s SVA Theater and Bow Tie Chelsea Cinema, the eight-day festival showcases new achievements in documentary film along with panels and conversations. It also seeks to make connections that happen “only in New York.”

Find out what users think of DOC NYC by reading the reviews and checking the rating.