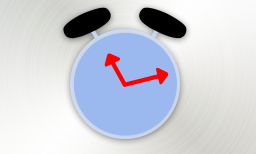 Check out the download rank history for MouseWait Disneyland PLATINUM in United States.

Disneyland wait times on your Apple TV! See current schedules, your favorite attractions, showtimes, and more. Join 3 MILLION users and find out why 15 out of 17 people use MouseWait as their primary Disneyland App. MouseWait is the most popular, critically acclaimed, and most updated Disneyland iPhone/iPad/Apple Watch App since 2009 with over 11,000 reviews.

OCWeekly named MouseWait as one of the OC's best apps, "Whether you're a Disneyland Annual Passport Holder or a casual Disneyland visitor, this is a must for everyone."

"MouseWait provides a wealth of information for both casual and frequent visitors to the Disneyland Resort. It does exactly what it claims and more, and it does it extremely well. If you have plans to visit the Disneyland Resort in the future, or are an Annual Passholder, this app is an absolute must." Danny Amezcua, Macworld

MouseWait is not affiliated with the Walt Disney Company.

Find out what users think of MouseWait Disneyland PLATINUM by reading the reviews and checking the rating.