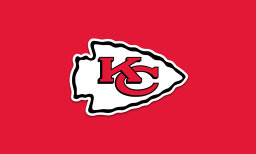 Check out the download rank history for Kansas City Chiefs in United States.

Rank History shows how popular Kansas City Chiefs is in the TV Store, and how that’s changed over time. You can track the performance of Kansas City Chiefs every hour of every day across different countries, categories and devices.

The official Apple TV channel of the Kansas City Chiefs. Get on-demand access to Emmy Award-winning club-produced programming from 65TPT Productions on the Chiefs right on your TV. From full 30-minute shows to exclusive web features, stay up to date on news, information and behind the scenes stories on your favorite players and coaches. Here is a look at what shows you can expect:

Chiefs Rewind presented by Community America Credit Union – The official postgame show of the Kansas City Chiefs. Featuring Voice of the Chiefs Mitch Holthus and Chiefs Reporter BJ Kissel on location at Arrowhead Stadium or on the road for Chiefs away games, the pair brings viewers exclusive postgame interviews with players and Head Coach Andy Reid that you can’t see anywhere else.

Chiefs Blueprint – Allows fans to follow the growth of the team as the franchise builds its roster through the draft and free agency, all the way to when the team arrives in St. Joseph for Chiefs Training Camp presented by Mosaic Life Care. The show offers a weekly in-depth look at the team as it prepares for the season.

Chiefs Kingdom presented by Hy-Vee – An award-winning documentary series that tells the most compelling stories from the franchise, from the extraordinary careers of Pro Football Hall of Famers and the stories of die-hard Chiefs throughout the world to explorations of the most incredible seasons and bitter rivalries the team has ever seen.

Find out what users think of Kansas City Chiefs by reading the reviews and checking the rating.