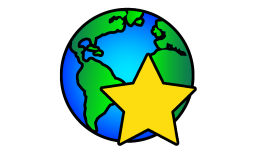 Check out the download rank history for Star Languages in United States.

Rank History shows how popular Star Languages is in the TV Store, and how that’s changed over time. You can track the performance of Star Languages every hour of every day across different countries, categories and devices.

Star Languages is an entertaining way to help you learn your chosen language!

Please be aware that activation for a language is required in order to use all the features without any limitations for that specific language. The number of features that are available also varies depending on the language. These features are:

Vocabulary trainer: choose the corresponding image to the word that is given.

Choose the word: choose the correct word for the image given.

Verb conjugation trainer: practice the verb conjugations for the various tenses by translating from the chosen language to English and vice-a-versa.

True or false: select whether the shown translation is true or false and answer as many as you can in 60 seconds.

Spelling test: spell the given word's translation correctly without getting a letter wrong.

Hangman: guess the letters contained in the hidden word by choosing one letter at a time, with only a limited amout of guesses.

Guess the word: select the correct image using the characters of a given word that are shown. The less characters that you need to be shown in order to guess what the word's meaning is, the more points you will get. Try to get as many points in 60 seconds as you can.

Crossword: solve the crossword by using the English translations as hints.

Anagram: rearrange the letters to guess the jumbled word.

Word search: find all the hidden words in the grid using the English translations as hints.

Memory match: flip over two cards at a time to find the chosen language's words and their corresponding translations, until all pairs have been found.

Memory recall: Remember as many of the 8 words shown as you can in 15 seconds and then select their English translations.

Categorised flash card sets for speed learning new vocabulary, with categories such as adjectives, adverbs, numbers, common objects, transportation and so on.

Find out what users think of Star Languages by reading the reviews and checking the rating.