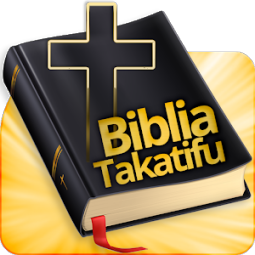 Check out the download rank history for KJV Bible and Swahili Biblia Takatifu in United States.

The King James Version Bible (KJV) was authorized by King James I and is sometimes referred to as the “Authorized Version”. It was translated by the Church of England and was first published in 1611.

Find out what users think of KJV Bible and Swahili Biblia Takatifu by reading the reviews and checking the rating.