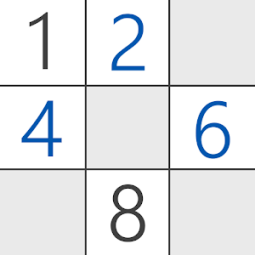 Check out the download rank history for Classic Sudoku in United States.

Rank History shows how popular Classic Sudoku is in the Google Play, and how that’s changed over time. You can track the performance of Classic Sudoku every hour of every day across different countries, categories and devices.

Presented by Cracking The Cryptic, the most popular Sudoku channel, this is the brand new “Classic Sudoku” game that their viewers have been requesting for the last two years!

Find out what users think of Classic Sudoku by reading the reviews and checking the rating.

Fun puzzles, however, no new puzzles in 6 months, straight up disappointing.

In terms of UI, the most comfortable Sudoku game. But I found at least one false hint. Now, I don't trust them anymore. Also because you can't know what progress needed to be made to for each to be true, so you can't know if they are helpful. Definitely not a beginner Sudoku app.

Great app! Just like the YouTube channel. Definitely made me a better puzzle solver too, and I like the point system. Only con is, the colors to mark the squares are really hard to see. Maybe if your color scheme is green, don't make them teal, emerald and mint?

It's nice, but it's way easier than the other cracking the cryptic apps.

It's a sudoku app made with Unity. What makes it special is the great selection of human-curated sudokus by Cracking the Cryptic. These sudokus are much more fun compared to the usual sudokus. Also it's got a very nice UI for notation and solving. It's one of the few apps I bought and I'm happy to have supported the developer and the puzzle authors.