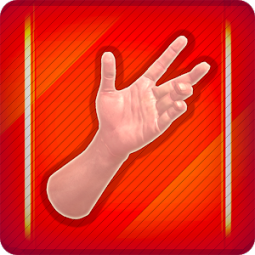 If you're an artist and ever wanted just quick and easy drawing reference for hands, heads, or even feet (IAP) without having to awkwardly pose your limbs in front of a mirror, this app is for you!


HANDY is an artist's reference tool, consisting of several rotatable 3D limbs with a variety of poses useful for drawing. You can also customize and edit your own poses for hands, feet, and skulls.


Fully adjustable 3-point lighting means you can get easy lighting reference when using any of the 10+ included 3D head busts. Handy if you’re painting and need to know what shadows the head casts from a certain angle!


Also available is the Animal Skulls pack. With over 10 different animal species, it's great for anatomical reference or creature design inspiration.


NEW in Handy v5: Edit the materials of models! Selectively turn off their textures, adjust their specularity, or tint them a certain color.


Check out the video demo:


Sign up for the HANDY newsletter for information about new upcoming updates!

Handy Art Reference Tool was featured in Google Play on 4 placements in United States on Jan 26, 2017.

Also featured in 98 other countries, and probably even more in the past.

Find out what users think of Handy Art Reference Tool by reading the reviews and checking the rating.

Love this app. Does exactly what is says on th e tin and does it INCREDIBLY well.

EDIT: Fixed all my issues, 100% recommend to everyone! --- Original review: Great, but I do have a huge pet peeve. This is an incredibly useful app because you have a 2nd screen (your phone or tablet) told hold your own poseable hands, feet, and heads! Lots of presets, and a way to pose fingers and toes, and have it bend realistically or far passed it. One major issue I have that can really make posing fingers SUPER frustrating is that the controls disappear after a second if you're not constantly adjusting them. The only way to bring it back is tapping on the joint you were working on, but if you're at an angle where there are several joints on top of each other, you can easily tap other joints or fingers by accident and have to rotate the camera until you can see it and move the camera back to how you had it. I still REALLY love this app, but I am really wishing for an update that either has an option to easily select joints (like a mini-map kinda thing in a bottom corner that shows up when you tap the screen), or have the controls for the joint you're currently editing come back up too when you tap the screen.

Good apps overall, but me paying 2.99 I would rather have you release the feet model as well. I rather have male hand/feet, and pay extra for female. Having both male and female hand isn't that useful. Also, stylus does not work on this app at all.