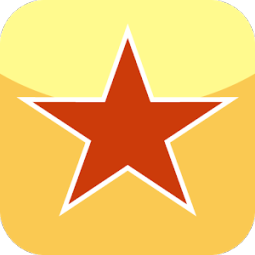 Check out the download rank history for Strelok Pro in United States.

Rank History shows how popular Strelok Pro is in the Google Play, and how that’s changed over time. You can track the performance of Strelok Pro every hour of every day across different countries, categories and devices.

Find out what users think of Strelok Pro by reading the reviews and checking the rating.

Perfect app for what it's designed for. There is a learning curve but once you get used to where everything is, it flows easily. As you go to the range and find you need trajectory validation due to hot/cold powder, you can. Play with it at home and get used to the interface, then at the range it's almost faster than looking at your dope card through all fields finding the right range. GREAT APP!

This app is amazing. I've used it for several years now and the designer it a stand up dude who is on top of his game. Thanks Igor

I've used app years now it's spot-on if perimeters Ya entered correct! taken Elk at 597 / 699 yrds, and a many coyotes for ranchers with Pred/Prob/with diff rifles 800+ yds on all animals bullet imp was spot on! I've many special Force,Security Friends asks name for Download out on Long Range Course! It shows all R optics! I've got 13+rifles diff bullet/comb save backup Export and import A Snap! Use extens /Range Finder/ perimeters temp/BRM pressure Im/Ex data a Snap! WE👍100% Highly Recommend!

I have been using Chair Gun for the past year and I love the app but it is no longer supported and also it does not support my model of scope. The makers of Chair Gun recommended Strelok and now I understand why. I recently bought Strelok Pro. For me the learning curve for Strelok was longer than Chair Gun but it does so much more and was worth the extra time I needed to learn it. Being able to set up multiple guns with different projectiles and scopes is AWESOME! Being able to see a copy of my actual reticle, with yardages marked for holdovers, holdunders etc is incredible. To me, this feature alone would be worth what the app cost but it does so much more. You could actually use the reticle function to visually compare differences in a first and second focal plane scope and also show someone how the holdover points are affected by the power of magnification being used on a second focal plane. Without a read "me file" or manual the app was a bit difficult for me to learn and if I were to rate only the app I would probably give it 4 stars because of this but then there is something called customer support that has to be considered. I bought the app for use with air guns and I was having difficulty getting it to calculate ballistic coefficients of less than 1000fps muzzle velocity. I sent Igor an email and he literally answered within 2 minutes. We exchanged several emails and each time his response time was unbelievably prompt. Does he sit by his computer saying send me a problem so I can fix it? Customer support was incredible. I still can't believe the level of support...for a 12 dollar app. I told him that I intended to rate the app 5 stars whether or not he could come up with a fix. He answered...I will fix. And fix is exactly what he did. It now works beautifully. With that kind of customer support I would rate him 10 stars if I could. Seriously folks...Spend the money. It will be some of the best money you have ever spent on shooting. It has given me not only an edge that I have never had but so much more of an understanding of what goes on after my projectile leaves the barrel. If you are only shooting tin cans at 25 yards it may not be that helpful but if you are shooting past 50 yards with an air gun (especially in the wind or past 200 with a powder burning rifle, in my opinion it will help you bring your shooting "A game" or perhaps even find it for the first time. The holidays are coming and this would make a great gift! This is a review from a guy who kept asking himself "Why should I buy an app when I have a free one that works just fine?" Spend the money and I believe you will find the answer just as I did.