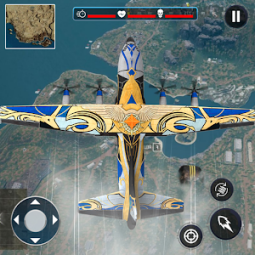 Hello fps shooting games fans. The Fps Gun shooting games 3d era has been started. Experience with our nonstop action packed, thrill, and dynamic environment that has been changed in modern counter strike offline game. Do you have a curiosity about free fire 2021 gun games offline? If you want to become an fps gun commando shooter and have the dynamism to challenge the counter terrorist gun strike enemy. We provide modern war weapons in which you can target enemies and kill all the elite terrorists. You are on a secret commando mission that has to eliminate all counter strike terrorists attack. In fps gun shooting games 3d you have to achieve objectives to unlock more action & thrill levels. Our free fps shooting games are going to give you anti terrorist counter strike squad experience.

You have been played many modern fps gun shooting game and free fire 2021 battlegrounds. But in this 3d sniper shooter, you will be able to shoot your anti terrorist squad enemies with advanced-equipped modern war weapons. Explore the different modes of offline gun games 3d. Exciting gameplay with the 3D environment of advanced fps gun shooter games will take you to the next level in this fps modern commando shooting 3d. If you complete all military tasks of gun games offline then you will become the number one elite counter terrorist 3d. In fps shooting offline games different types of military war weapons for the gun strike anti terrorist killer will unlock as you complete levels.

We are going to introduce you counter attack offline gun game with the latest weapons in action games without the internet. Let's come kill the bad guy’s enemies in the free fire 2021 gun strike shooting games and taste modern counter strike offline gun games 3d. This fps commando shooting games 3d is a leader of first person shooter in the year 2021. In gun strike game health bar is shown on your screen. If you played without hiding yourself then your fps shooter 3d will die and the mission will restart in this anti-terrorist squad. The fps gun counter strike game is completely filled with thrill and multiple challenging consequences. If you have a craze for the modern counter strike offline game then this elite killer action game is for you to conquer all levels.

If you are good at counter terrorist attack offline missions then start gun games 3d with knives and use all kinds of military war weapons till the never-ending fire fps killer shot series. Experience the different strategic military anti terrorist squad shooting to become a gun shooter and show your fps gun shooting game 2021 of anti terrorist counter attack. You can defeat the enemies on the battlefield with a gun strike 3d in the fps commando shooting 3d. Use your modern terrorist gun and destroy all elite enemies in fps shooting games. These elite gun games online are full of adventure and impossible strike missions. Every mission of gun games offline has its unique story.

You can also defeat war base of enemies with sniper shooter and anti-terrorist squad shooting. We are providing you the special ops games and fps commando shooting for you to make bullet force. If you don’t have internet connection then you can play these offline shooting games for action-packed adventure. These types of free fire 2021 gun shooting games and counterstrike offline are requirements of every person who wanted to do shashka of kill shot.

Find out what users think of FPS Gun Shooting : Gun Games by reading the reviews and checking the rating.