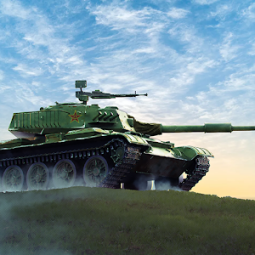 Millions of players from around the world fighting on the best army military battle.

So what are you waiting? Join us game tanki!
Forget about such boring things as racing, killing zombies and wasting time on clickers!
Realistic war online games on heavy war machines and its modifications are available right now! Join free modern tank wars!

Many tank man from around the world are ready to challenge you.
Became a part of a growing community.
Join tanki online free game battles with your allies and fight for your country dominating all others.

Complete, get and learn:
- In-game events military battle
- Wide upgrade tree for panzer
- Unique rewards for contributing to our community

You'll get:
- Realistic physics
- Excellent graphics and sound
- Destructible environments
- Attention to details
- Participation in the life of the project and the community
- Brand-new solutions in the world of blitz battles
- Ability to play on your PC and your phone

You can get all that in one game - a free online mobile tanki online.

Find out what users think of Tank Force: Modern Military Games by reading the reviews and checking the rating.

DO NOT PLAY, OR GIVE MONEY.. IF You want to be cheated, then play give cash. Game does nothing but put you against stonger tanks, you cant beat unless you spend LOTS of real money. Then when you do that your team is made of bot tanks that wont fight. Leaving you dead fast. THE GAME IS NOTHING BUT GIVE US CASH MONEY, BUT DONT EXPECT TO WIN ANYTHING, THE RUSSIAN DEVS MAKE SURE TO GIVE NOTHING, BUT WANT EVERYTHING. INCLUDING SCREWING THE PLAYER. You admit to screwing players. You scum.